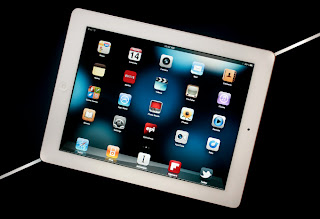 It turns out the iPad, the touch-screen tablet computer made by Apple Inc., is more than the latest must-have gadget.

The iPad has revolutionized speech therapy in the two years since its release, including in the Centerville Community School District.

Brianne Thompson, 25, a speech-language pathologist at the Great Prairie Area Education Agency, works with about 50 children in the Centerville district. She said the iPad is quickly changing the way speech therapy is practiced.

“Number one, kids want to use it,” Thompson said. “Speech therapy can be extremely monotonous work, and you need tons of repetition. Whenever a kid is motivated, it means you are going to see more progress more quickly.”

Initially a few iPads were purchased about a year ago as a pilot project, said Tom Mosbach, regional special education director at the Great Prairie AEA. Mosbach, whose office is in Albia, said the agency had the speech therapists do research on the different applications that were available and test out the iPads during therapy sessions with children.

“We found that it was an extremely useful tool,” Mosbach said. “There were just dozens and dozens of applications that really facilitated the learning and the progress of the kids.”

Mosbach said the iPad has been especially effective for working with autistic children, compared with past therapies.

“It is just really amazing some of the progress the kids have made,” he said.

An iPad costs several hundred dollars, with the iPad 2 currently retailing at $499. Thompson said this is a significant savings over older speech therapy tools. She said the iPad not only has replaced devices that can cost up to $10,000, she no longer has to try to get a large amount of funding approved before providing a service a child needs.

Thompson estimated she has about 60 different applications that she uses on a regular basis. She added that while some of the applications cost money, some only cost a dollar or two. Many of them are free.

She said one of the most useful applications, Proloquo2Go, costs $190. Proloquo2Go is an augmentative communication device for children who have cognitive ability and language skills but who have trouble expressing themselves. The application displays icons that children click on to build sentences that allow them to communicate.

“You have a $190 app on an iPad that could completely change a kid’s life and how he interacts with people,” Thompson said.

Mosbach said the iPad does not necessarily replace all other tools. If a child needs a more sophisticated tool, he said, the agency intends to provide that. But he added that the iPad is capable of performing many of the same tasks as the old devices for less cost.

“A lot of the equipment we use with the kids is extremely expensive, costing thousands of dollars,” Mosbach said. “We have seen the iPad being able to do some really similar things.”

Thompson started her position with the Great Prairie AEA a year and a half ago and worked with children during her master’s program as well. She said the iPad has changed her daily life. Whereas she used to bring a cart loaded down with materials to schools with her, now she often brings only the iPad.

“[Speech therapists] are notorious for having to carry around like pack mules everything under the sun,” she said. “Now I have just about everything I need for therapy is on one device.”

Thompson said one reason she was drawn to her field was because she received speech therapy as a child for a mild problem with her s’s and r’s. When her sister, Lindsey Mulnix, studied to become a speech pathologist, Thompson was inspired. Mulnix, who is three years older, is a speech pathologist in northern Iowa.

“I thought it looked like the best job ever, so I decided I wanted to look into it as well,” Thompson said.

Thompson said she was glad she found employment in her field in this region. Thompson, the daughter of Scott and Andrea Clark, grew up in Centerville. Her husband, Matt Thompson, 27, grew up in Moulton. He works as an MRI and CT scan technologist at Davis County Hospital.

“We were high school sweethearts,” she said. “We knew we wanted to get back where our families are.”

Thompson said children tend to think of the iPad as more fun than other tools. Also, if they do a good job in her sessions, they can earn the right to spend a few minutes playing a game on the iPad.

“When you’re working with 5-year-olds, you have to make it fun somehow. … Now they are content, every single time, to work with the iPad,” Thompson said. “So I don’t have to get quite so wrapped up in the motivational end of it either.”

“It gives them more ownership of their work,” she said.

Thompson said the thing she loves most about the iPad is its versatility.

The NBCOT Exam Review for OTAs

Therapeutic Resources welcomes therapists eligible for sponsorship to work in the United States. Click the picture for more information. 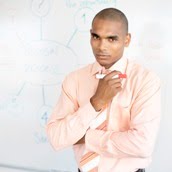 INTERVIEW FROM HOME OR ABROAD 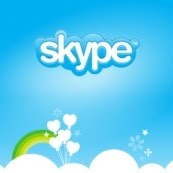 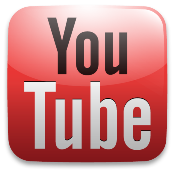 Need staff? Let us fill in the gaps! 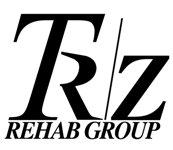